Hi all, it’s been a while.. Happy new year to everybody, and happy birthday to my blog, which turned one year old already two weeks ago! :-)

Now that I am on vacation I have found some time to update my web site. It is one of those things that is usually not so highly prioritized.. I decided to put most of the dynamic stuff into wiki, which makes it easier to update stuff every now and then, compared to static HTML files that are in CVS. I don’t have that much stuff on the site anyway, but it is good to have some place holder on-line that is completely under my control.

Some highlights from a nerd viewpoint this year have been my conversion to a Mac people. I decided to give Apple a try and bought a Macbook when I was in California. I quickly realized I should have done it a long time ago. Although all complex systems have bugs, there seems to be less bugs in Apple products compared to e.g. Windows or Linux, and other computer manufacturers. The user interface and design are also worth the extra price. Being couraged with the first Mac I also switched from the Sony Ericsson phone to an iPhone 3GS. The last phone before that I bought with my own money was 1997 or something. I don’t regret a bit. I didn’t need to hesitate for very long when I bought a new Mac Mini to be my living room PC. It replaced a separate DVD-player and a DVB-T PVR. Although I already had a PS3, I wanted a real computer which had a real web browser and where I can install whatever software, like Spotify.

The easy life with Apple has been compensated with various problems regarding the server side. I have been running a NetBSD file etc. server for years without any major problems. When I returned from California, the server motherboard made a suicide. After I started to replace parts, there seems to be no end. I am struggling with the read/write timeouts problem on the hard disks. I have already replaced each part at least twice, so now it is time to look for other operating systems and try to find out where the problem might be.

I have had some kind of a break from geocaching. I broke the 1000 found caches in March but after returning to Finland the same has happened to geocaching as to blogging, they had to be given up for all the hardware struggles I have had. There are only so many hours of free time left after work. I guess they will be given some more priority again next year. And I will start running again after the snow melts.

Not so fast.. I guess everybody else in the car washing line are also browsing with their mobiles.. 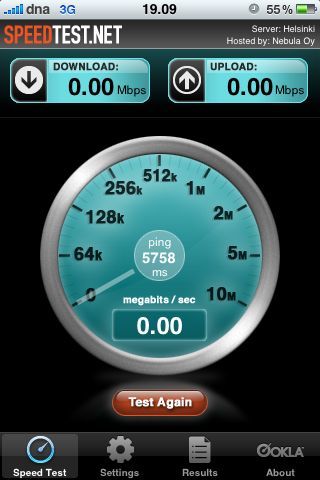